Forsyth Barr Stadium to soar with the Eagles

The Eagles, one of the world's best-selling acts of all time will play at Forsyth Barr Stadium on Saturday 2 March 2019!

We are excited to announce American rock band Eagles will bring their critically-acclaimed Eagles World Tour to Australia and New Zealand in February and March.

For Frontier Members, there will be a presale run from 3pm Tuesday 9 October for 24 hours or until the allocation is exhausted.

Become a Frontier Member at www.frontiertouring.com and keep an eye out on Monday for our top tips to prepare for Tuesday's presale.

Please note: Ticketmaster is the only authorised ticketing agency for this show. Read Frontier Touring’s position on ticket scalping here. 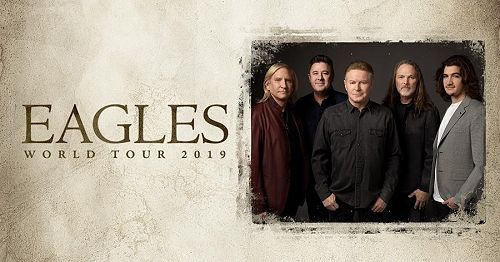