The Kevin Bloody Wilson show is not just a concert, for many it’s a full-on special event providing the chance to laugh and sing along again with an hilariously familiar friend, while for others it’s the opportunity to put a tick against “see Australia’s most unique international comedy legend” on their bucket lists.

Since releasing his first hugely popular album “Your Average Australian Yobbo” in 1984 and hit songs like “Hey Santa Claus”, Kevin has become a comedy institution around the globe, with so many of his songs from over 21 gold and platinum albums of politically incorrect musical humour becoming the soundtrack to many childhoods. He’s irrepressible and irreverent but guaranteed to make you laugh with his unique brand of humour. Two and a half hours of side splitting humour has to be the best value laugh in town and a must-see for anyone wanting to see absolute original Australian comedy. 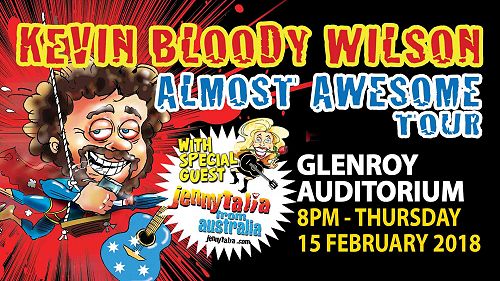