This will be an unforgettable night under the roof! The Rhapsody Tour is a gigantic stadium event with a spectacular, brand new production.

The soaring success of the film Bohemian Rhapsody, the highest grossing music biopic of all time, has proven that the love for Queen remains as strong as ever.

Original band members Brian May and Roger Taylor are teaming up once more with long-time front-man Adam Lambert and will play in Dunedin for the first time ever in a show under the roof on Monday 10 February 2020.

Did you know: Bohemian Rhapsody recently hit one billion views on YouTube.  It's the first video released before the 1990s to reach that milestone.

Please note, Ticketmaster is the only authorised ticket seller for the show at Forsyth Barr Stadium.

Snap up your tickets here. 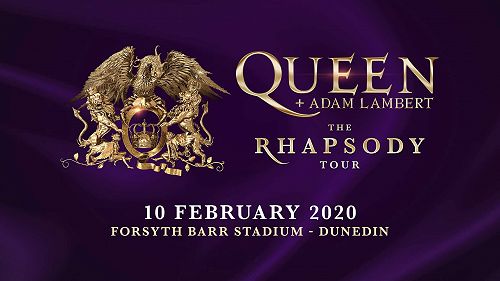