Ian holds an LLB from the University of Otago and was inducted into the New Zealand Hi-Tech Hall of Fame in 2009. In 2010 he was named North & South magazine’s New Zealander of the Year. In the same year he was awarded an Honorary Fellowship of the New Zealand Computer Society, the top honour of the ICT sector in New Zealand. He was named a Companion of the NZ Order of Merit in the 2012 New Year Honours for services to television and business and won the Creative sector of the World Class New Zealander Awards in the same year. In 2013 Ian was also named Outstanding Maori Business Leader of the Year.

It may come as a surprise then that Ian claims to have no skills whatsoever – is at a loss to understand why anyone would want to hear his story and believes that the reason he has received the accolades he has is because he lives at the bottom of the world where no one has been able to check him out. 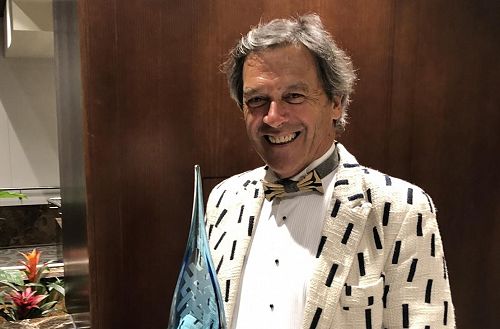