The Dunedin Fringe Festival kicked off on Wednesday March 7 with the Opening Night Showcase. A much loved event in the Fringe calendar showcased 25 talented acts in one evening.

The stage was set as the sounds of Tahu and the Takahes welcomed guests into the Dunedin Town Hall for the Polson Higgs Fringe Festival Showcase. For the next two hours the audience was treated to snippets of some of the outstanding acts which were featured in the Fringe Festival over 11 days. It was music and madness, comedy and craziness and most certainly something that tickled everyone’s fancy. 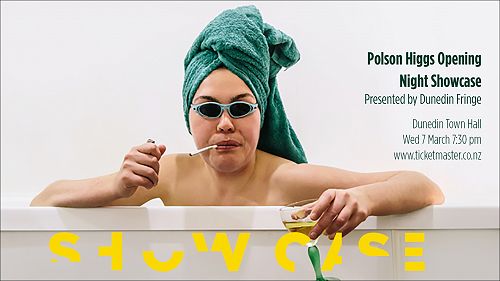