The Legacy Tour features all the King of Pop’s biggest hits - packed with authentic touches and flair. William Hall has an uncanny resemblance to Michael Jackson. William and his all-American band feature musicians and singers that have worked with Michael Jackson himself.

William takes on his persona and fills it with the magic that is Michael Jackson. His dance troupe recreates the Jackson experience featuring all the big hits from the Off The Wall years through to Thriller and Bad. 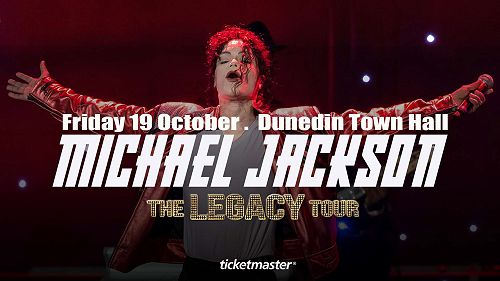