See Herman's Hermits with special guest Mike Pender, at the Glenroy Auditorium on 2 September 2021! So many hits, you'll be singing along all night!

Herman’s Hermits will farewell their South Island fans with this tour, which adds some 60’s spice with a special guest, none other than the original singer / guitar player of The Searchers, Mike Pender. 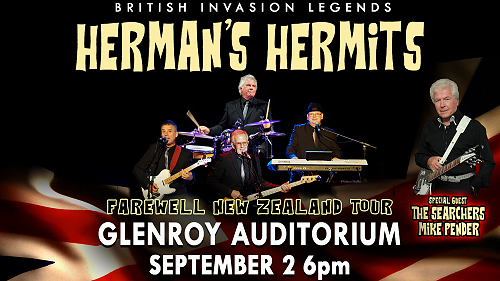