In a move that will go down in football history, the tournament will be the first ever FIFA event hosted across two separate football confederations and the first FIFA Women’s World Cup to be held in the Southern Hemisphere.

Dunedin Mayor Aaron Hawkins says, “It’s fantastic news for Dunedin, being a part of another high-profile sports tournament. We’re delighted to play a role in hosting some of the best players of the world’s most popular sport.

“We also know that major events such as this contribute millions to the local economy and will provide opportunities for the tourism, hospitality and retail sectors to showcase the city to a global audience.”

The city is experienced in working with major international sporting events, having successfully hosted a number of tournaments including the 2015 FIFA U-20 World Cup. Its most recent coup involved hosting the world’s first live professional rugby game with spectators since the COVID-19 pandemic started. The resulting international media coverage places Dunedin well and truly on the map within the global sporting community and fan base.

DVML CEO Terry Davies says, “It is incredible to be hosting a second FIFA World Cup under the roof in 2023, the team are really excited to be part of the tournament delivery. What an amazing result for the city and for women’s football. The calibre of players will be outstanding, fans will be in for a great show.”

Football South CEO Chris Wright says, “Our team and football community are delighted that New Zealand and Australia’s joint-bid has been successful. It’s going to be an incredible event – our members will get a chance to meet their heroes and develop new role models. We strongly believe the tournament will leave a lasting legacy that will not only boost participation, but will also drive equity, diversity and inspire more female leaders to be an active part of the game.” 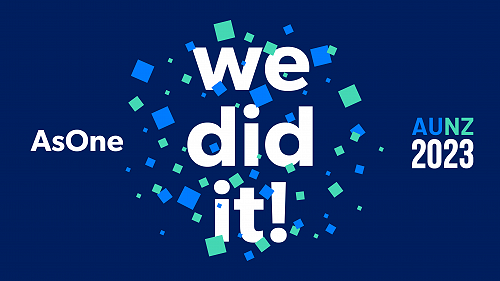