We are looking forward to another fantastic performance under the roof on 21 September.

The Tour will feature the new line-up of Mick Fleetwood, John McVie, Stevie Nicks, and Christine McVie along with newcomers Mike Campbell and Neil Finn.

Fun Fact:  Christine McVie's maiden name was actually Christine Perfect, and she released her first solo album in 1970 under that name. 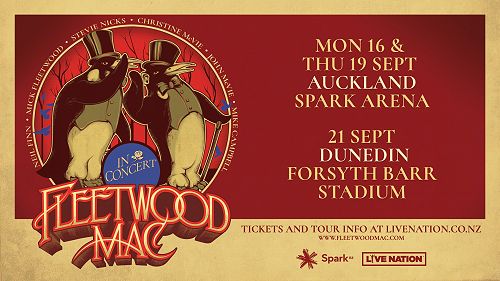