Lee Child, one of the world's leading thriller writers, is coming to Dunedin later this month!

Lee Child will be touring New Zealand with his twenty-third Jack Reacher novel in tow - Past Tense, which is due out this month. His books are hugely popular, they've sold over one hundred million copies worldwide and have been translated into 49 languages.

Don't miss your chance to hear from the man who created the gritty and compelling Jack Reacher series. Buy your tickets here 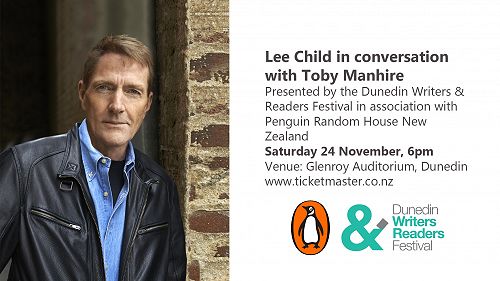