It's a big year for Norma, the Dunedin Town Hall Organ! Time to celebrate the big 100!

The Dunedin Town Hall is home to one of the world's most famous pipe organs! The Bathurst Mammoth Cathedral Organ or, as everyone calls her, Norma. The 23-tonne organ probably got her nickname through her builders: William Hill & Son & Norman & Beard Limited (commonly known as Hill, Norman and Beard).

Norma was built in 1919 in England as a travelling organ and found her way to Dunedin in 1929. This makes it her 100th birthday, as well as her 90th year in Dunedin!

To celebrate she is having a spectacular musical birthday bash on Sunday 6 October featuring music from an organ, choir and cello ensemble.

Norma, the star of the show, will be joined by birthday guests Cellists of Otago – with at least fifteen cellists – and City Choir Dunedin. They will combine with the organ in performances of a wide variety of popular classical favourites, with a few exciting but less familiar pieces to add the icing on the cake, and Norma will share a few solo party-pieces too.

For her Big Birthday Bash, Norma will be played by City Organist David Burchell, and Simon Mace, and the Cellists of Otago will be led by Director Heleen du Plessis, with City Choir Dunedin conducted by David Burchell and Mark Anderson.

If you’d like to attend Norma’s Big Birthday Bash, tickets are available from Ticketmaster. 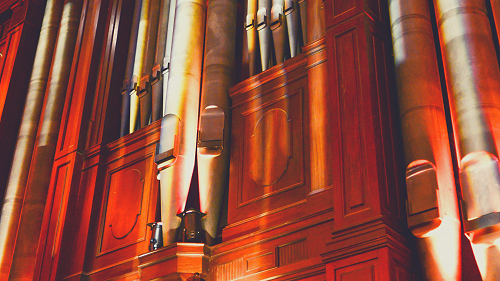