Urzila Carlson will bring her Token African Tour to the Glenroy Auditorium on Monday 2 September.

Having sold out multiple shows already, an additional five shows have been added to the Token African Tour in Tauranga, Rotorua, Blenheim, Invercargill and Dunedin.

Urzila’s natural cheeky, straight up style will have you eating out of her hand the moment she takes the stage and you’ll want to be her friend. Since taking the comedy stage in 2008 she has had sold out seasons at the Melbourne, Sydney, Perth, Adelaide and New Zealand Comedy Festivals. Her television appearances include Spicks and Specks, Dirty Laundry, Have You Been Paying Attention?, The Great Debate with Barry Humphries, ABC Comedy Up Late, 7 Days, Super City, Road Madness and Melbourne International Comedy Festival Galas.

Tickets are on sale now, get yours here. 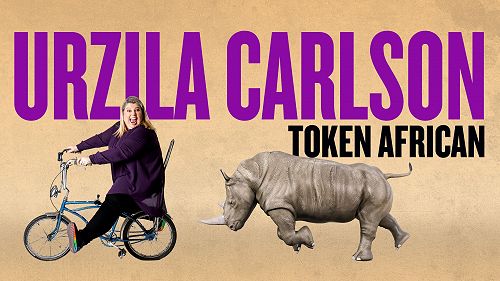