Chelsea started racing go karts when she was just seven years old and after nine years of competing at the top of NZ Karting and claiming many titles, she was put forward by Kartsport NZ as one of New Zealand’s Top Twenty ‘Young Guns’ in NZ Motorsport. Among this 20-strong group were the likes of Mitch Evans, Scott McLaughlin and Nick Cassidy, who are all setting the motorsport world alight right now.

In 2018, Chelsea shifted lanes into New Zealand’s premier ‘Tier One’ class of the V8 Touring Car racing and hasn’t looked back since. With a new car and some significant wins under her belt, she has proved that she has what it takes to make history in motorsport.

Chelsea was the first ever female to win a NZ V8 Touring Car race and immediately backed up that accolade with a complete win of the following round, another New Zealand female first.

MTF Finance and Chelsea have formed a dynamic bond both on and off track. As Chelsea creates many memorable moments for herself and the MTF Finance brand, this is an exciting and rewarding journey to be part of. 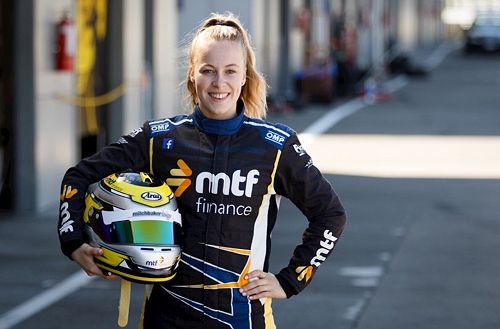