New Zealand Cricket yesterday announced the 2018/19 season’s fixtures and Dunedin’s University of Otago Oval will play host to the BLACKCAPS when they take on Bangladesh in a one dayer on Wednesday 20 February 2019. A sell-out crowd is expected and it’s hoped the weather will play its part in the occasion as it did at this year’s matches.

Dunedin Venues CEO Terry Davies said he was excited for his team to again be a part of delivering international cricket to southern fans. “Everyone had a great time at the matches earlier this year and we expect next February’s one day international will be another fantastic day out.”

Details of when tickets go on sale will be released at a later date. Follow The Village Green Facebook page to stay updated. 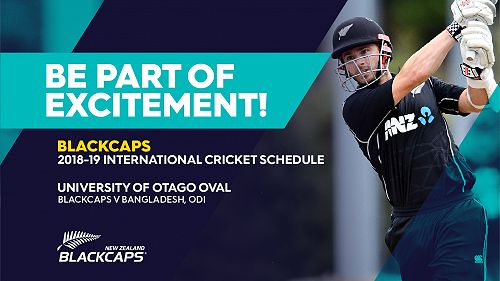